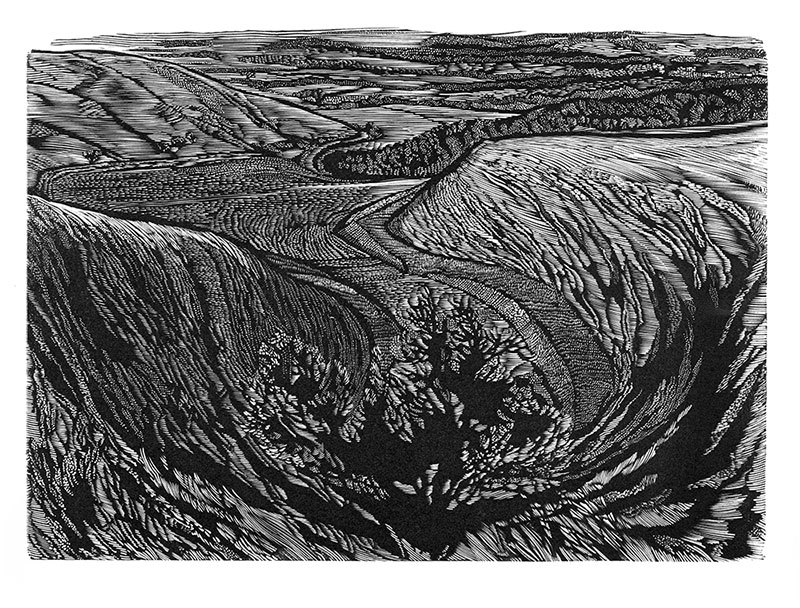 Peter Reddick, founder of the print studio over 30 years ago died on 28 September 2010. He was a founder member of Bristol Artspace and actively campaigned to establish it in Spike Island – a model for other groups to follow in the city. He was key to establishing our current studio and in the early days, spent much time physically building equipment. His prime motivation was to promote print for everyone in particular for those who had just left college and did not have access to any print facilities.

He contributed selflessly to Spike Print Studio. After retiring, he continued to run a relief class at the studio for which he would not accept any payment. He continued to teach wood engraving here until 2008.He was always generous with his time and attention. He was Chair until 2006 but then remained on its  management committee until his death.

Many of you will have been taught and influenced by him. We held a very successful retrospective exhibition of his work at the studio in 2007 which showed how broad his appeal was with young and old keen to buy his prints.

Peter was one of the country’s leading wood engravers and printmakers and illustrated a number of books for the Folio Society particularly the work of Thomas Hardy and Anthony Trollope, the Limited Editions Club, New York, The Readers Digest amongst other publishers.
He was made Gregynog Arts Fellow between 1979 and 1980 and the work he made during that year was sponsored by the Welsh Arts Council on a tour that went to twelve different locations ending in Cardiff. Manchester Metropolitan University’s archive collection holds a great range of his developmental prints and original sketches as well as some editioned prints, original artwork in other media and some associated correspondence. The archive collection is a resource of national significance for the study of twentieth century book illustration, art and design and textile design. He regularly exhibited with the Society of Wood Engravers and RWA.

He particularly loved rural landscapes and many of you will be familiar with his reflections of incredible landscapes of the English countryside and the Dorset coastline. These are just small examples of huge achievements in his long life.

Introduction to monotype and monoprint

Print Club Bristol wants you to fall in love with original print.

Our courses are the best. You should try one.

We get around. See what we've been up to.